Q1: what is the proper name and function for the molded-in ridges on the cockpit deck of a 13-footer as seen below in Figure 1? 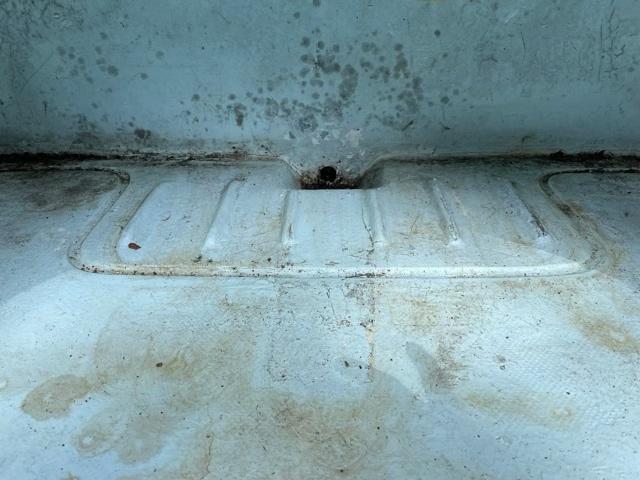 Q2: what is the proper name for the false transom at the stern of a 13-footer?

BACKSTORY
I recently bought my first boat, a Boston Whaler 13 Standard. And I’m trying to understand all of its features.

I call the rasised ridges “flutes” because I don’t know what else to call them. They are molded into the deck of the boat just forward of the little hole in the “false transom” that allows water to pass to the drain hole in the “main transom.”
Boston Whaler 13 Standard
Top

Waffles wrote:Q1: what is the proper name and function for the molded-in ridges on the cockpit deck of a 13-footer as seen below in Figure 1?

The ridges probably add stiffness. I don’t know what to call them other than raised ridges.

Q4: how old is this particular 13-footer?

Waffles wrote: Q2: what is the proper name for the false transom at the stern of a 13-footer?

Almost any cleaner will remove mildew. Usually a lot of scrubbing is also needed. Mildew comes from freshwater. Mildew loves to grow in the very small depressions in the non-skid surface pattern used by Boston Whaler. Morning dew on the deck surface seems to induce mildew growth very effectively.

I tend to use a mild cleaner like 409 on gel coat surfaces, so as not to be too harsh on the gel coat. Water, 409 or 3M BOAT SOAP, and a bristle brush usually remove mildew for me. To stop from coming back, keep the boat covered so rain and dew don’t get on the decks. Also, a polished and waxed gel coat surface will usually let water run off quickly, and that will help.
Top

[The deck shown in Figure 1 above on a 13-footer] looks like [the deck on] my boat. My boat’s deck has long-term mildew stains.

If a stain is embedded into the gel coat layer and will not respond to cleaners, then a mild abrasive can be tried to remove the top surface of the gel coat to get rid of the stain. If the abrasive is mixed with a cleaner like oxalic acid, then you can brand it and sell it as BARKEEPER’S FRIEND.

Power washing a fiberglass boat is a good way to force water into the gel coat and laminate. Use a power washer as a last resort. People who bought power washers are always looking for something new to clean with them. I have never met dirt or stain on a well-maintained fiberglass boat that could not be removed with a mild solvent and some hand scrubbing with a soft scrub sponge.
Top
Post Reply
4 posts • Page 1 of 1