First hand observations of signals available and reception of them

In Fall 2021 in order to improve reception of local television broadcast stations, I installed a UHF-only yagi antenna in the attic of my cabin near Northport on the shore of Grand Traverse Bay. The antenna is sitting on rafters in the attic, pointed roughly due East (90-degrees true), and is about 30-feet above lake level. A 75-foot RG-6 transmission line connects the antenna to an older SONY Bravia television receiver that seems to have a very good UHF tuner section. I am getting very-good to excellent signals from two tower sites, Kalkaska and Vanderbilt. This results in reception of CBS, NBC, ABC, PBS, and Fox networks.

There are two transmitting site being received:

The predicted signal strengths can be found at rabbitears.com. The three signals from Kalkaska are all in the "good" category; the signal from Vanderbilt is in the "fair" category. Other UHF signals are "poor" (two signals from Traverse City area ) or "bad" (about a dozen more).

The SONY KDL40S2000 c.2006 receiver has a signal diagnostic function. The received signal data is

The best signals are from Kalkaska with 98/100 RSI and 31 dB SNR. In practice, the transmission of ASC 1.0 signals at broadcast power levels is limited to a SNR of about 32, so a received signal with 31 dB SNR is about the highest possible outcome. 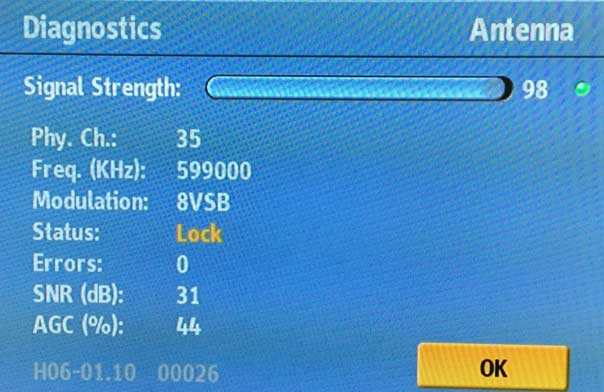 Fig. 2. The path between WPBN at Kalkaska and my location in Northport. The path is denoted as LOS or line of sight.
There is ample terrain clearance along the path. The vertical scale is roughly 250-feet between division lines.

Fig. 3. The LOS path between WFBU at Vanderbilt and my location in Northport. On the eastern shore of Grand Traverse Bay
there is a close clearance to some terrain. A rough estimate of the clearance is about 40-feet.

The signals only have a very slight diurnal variation in RSI; they produce solid picture and sound without freeze or drop outs at all times. The signals have been observed in calm and dry conditions and during rain and high winds. There is no significant change in received signal strength or any effects on picture and sound.

The only defect in the signals occurs on the WFUP signal from Kalkaska. This transmitter is only providing Dolby 2.0 audio, not Dolby 5.1 audio. In a brief conversation with an engineer from WFUP, I got the impression the cause was a limitation in the signal path to the transmitter (in Vanderbilt) from the studio (in Cadillac), which may be remedied with installation of a fiber optic cable linking the studio to this transmitter location, expected sometime in the future.

I am very pleased with the outcome. I really do not watch much over-the-air television other than live broadcasts of college and professional football in the fall. Obtaining a good signal for CBS and FOX was essential for that to occur.

In my conversation with an engineer for the WFUP transmitter site I also learned of some initial problems with the signal from the Vanderbilt site. When the change was made to transmitting on CH-21, a new antenna was necessary. Because of the many stations needing new antennas installed, there was a strain on antenna installation crews available. After the initial antenna installation, the on-air coverage on CH-21 from the site was very disappointing, and there appeared to be some fundamental problem atop the tower with the antenna as installed. The crew was called back to remedy the problem, but, again the outcome was unsatisfactory. Finally another crew was hired, and the antenna installation was done as it should have been. I don't have the time frame for those events, but the engineer was quite interested in my signal reports for WFUP when we spoke in November 2021.

Re the loss of 5.1 Dolby audio: that is not a major problem for me. As I mentioned, I am mostly watching college and professional football broadcast live. Having spent five decades involved in the technical production of live, complex television broadcasts, the creation of a live 5.1 mix for a football game is probably NOT the pinnacle of what can be done in 5.1 audio. A good stereo mix is usually quite sufficient.

Also, a recent report indicated that 41 of the top 50-most-watched TV broadcast events were NFL games. As an over-the-air TV viewer I think there are many fellow football enthusiasts.

I also tested for reception on RF Channel-9 for possible reception on the 69-mile path from Cadillac. Using an 9-foot-long Hi-VHF Yagi at 20-feet bove lake level with a 10-foot transmission line to the receivera: there was no sign of any Channel 9 signal at my location. I did not test with the antenna in the attic because this long VHF Yagi antenna is rather awkward to get through the small access hatch.

I have seen many old installations in northern Leelanau County that appear to have a CH-9 or Hi-VHF yagi antenna on a tower of 30-feet or higher, pointed about 180 to 190-degrees, and I infer at those locations there were CH-9 signals obtained. But those sites were generally on higher terrain locations than my place. I don't think there is any hope for for a good CH-9 signal at my location close to lake level and pointing toward several tall hills to the South.

Based on the number of those antennas that have missing elements, I think they were not recently installed.

The effect of loss in the 75-feet of RG-6 transmission line on received signal strength is considered to be inconsequential, based on the very high RSI indicators (92 to 98 out of 100), I don't think there is much to be gained with having a preamplifier at the antenna. At 500-MHz, 75-feet of RG-6 should only have a loss of about 3-dB. With the transmission line being all indoors, I do not expect much decay from weathering.

Heights of Transmitting and Receiving Antennas

Regarding antenna heights at the transmitting sites, and reference to my location:

The Cadillac site is on the highest ground and also has the tallest tower. Their coverage on Channel-9 should be excellent, but for my location there is intervening terrain. The paths to Kalkaska and Vanderbilt from my location have no intervening terrain. Also, from Northport to the Cadillac tower is a 69-mile path, considerably longer than the paths for Kalkaska (37-miles) and Vanderbilt (42-miles).

For a bit more fun with the data, I compute the takeoff angle from my antenna to the Kalkaska antenna. The difference in vertical distance is the difference in height AMSL, thus Kalkaska (2441) minus Northport (627) gives 1,814-feet vertical distance. The horizontal distance (for a flat Earth) is 36.8-miles or 194,300-feet. The takeoff angle is then found as ArcTan(1814/194300) = 0.53-degrees. No beam-tilt at the transmit antenna, please.

The UHF antenna used for receiving the stations described above is a Winegard model that is no longer being made. I bought one of the last ones available as old stock from a retailer. The antenna is about 7-feet long and is was designed for UHF TV reception for signals in the 14 to 63 channel range. 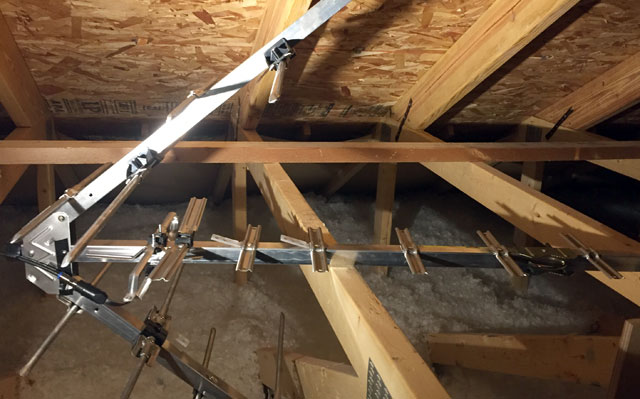 Fig. 2. A Winegard UHF Yagi installed in unfinished attic space.
Only about half the antenna is seen in this view. The boom rests on the raised rafters.

This is a verified HTML 4.01 document served to you from continuousWave